Cleveland State was recognized in Northern Ohio Live’s 26th annual Awards of Achievement, with two events honored during a gala dinner at the State Theatre and featured in the magazine’s October issue. 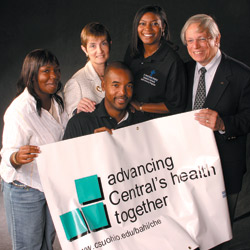 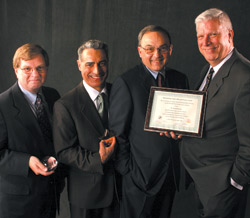 The unique, three-year project teams CSU faculty and Central residents, using a method called community-based participatory research, to target the causes and effects of obesity in order to fight the nationwide epidemic. Findings from the study will be used to address obesity problems specific to poor communities.

Fenn Academy, a consortium between the Fenn College of Engineering and local high schools and corporations, is unique in Ohio. Its purpose is to attract high school students to various engineering fields; to support those students with technical, and when possible, financial means throughout their entire educational experience, starting in high school and progressing through their college years; and to bolster economic development in Northeast Ohio. Dr. Bahman Ghorashi is Fenn Academy’s director.

Fenn Academy introduces high school students to the potentials and possibilities of college life, educates the technical work force that is needed to meet the growing needs of regional industries, and will provide a pipeline of qualified engineers for the future.